Pensions after death – a case study

Your pension can provide a useful way to pass on your wealth after you die, but distributing the money comes with its own set of challenges. How do you know who should inherit what? Here, Financial Planning Partner Sally Beresford, discusses the case of one of her clients* and how with her help, it became clear how his pension proceeds should be distributed amongst his family.

One of my clients, David, passed away suddenly last year at the age of 73. He had previously nominated his wife Amanda as the beneficiary of his Self-invested Personal Pension (SIPP). As David wanted to ensure that she had full control and access to his funds in the event of his death, he stated that Amanda should receive 100% of the proceeds of the pension.

David also knew that his SIPP provider would consider distributing the benefits of his pension to other beneficiaries, even if he did not explicitly state this prior to his death. David had two adult children, Harry and Olivia, both in their forties, who he wanted to be considered as potential beneficiaries if Amanda did not need the full value of his pension to live off following his death.

Passing on a pension

I met with Amanda, Harry and Olivia to discuss the distribution of death benefits from David’s SIPP and we considered whether Amanda needed access to all his pension benefits, given her overall level of assets and sources of income, or whether some of the proceeds should be passed to Harry and Olivia.

Under the Freedom and Choice in Pensions Act 2015, if you die before the age of 75, you can pass on your pension to a beneficiary or beneficiaries and they will not pay Income Tax on anything they take out of it. If you die after this, Income Tax is charged at the beneficiary’s marginal rate. The beneficiaries don’t have to be of pension age to access the pension funds they inherit. There is no Inheritance Tax payable on pensions passed on at any age. As David died before reaching the age of 75, this meant that all the benefits from his pension could be received by the beneficiaries tax-free, either:

Amanda was 74 at the time of the meeting and wanted to name her children as the beneficiaries of her pension. If she were to inherit all of David’s pension fund and then survive past age 75 herself, the inherited pension benefits would then become subject to Income Tax if they were withdrawn by her children following her death. She was reluctant for this to happen, so I looked into all of the options available.

I use cashflow modelling with my clients to forecast their future finances. We did the same with Amanda and determined that she did not need the whole of David’s pension fund value to have financial security for the rest of her life.

After assessing the needs of each beneficiary, I recommended and implemented a different course of action for each of them.

Harry runs a successful business and already contributes to his own pension. His share of David’s pension fund was transferred to his existing SIPP, and the combined value of his existing pension provision and that which he inherited from his father was used to purchase a commercial property. The tenant of the commercial property pays rent into Harry’s SIPP and Harry continues to make his own pension contributions to build his overall pension benefits for the future. He has no intention of drawing on his pension assets until he reaches his sixties, but if he needed to, he could access the inherited pension fund element at any age. After completing a nomination of beneficiary form with his provider, Harry nominated his wife and three children to receive his pension benefits on his death.

Olivia did not have any pension arrangements in her own name. We set up a new pension plan for her to receive her share of David’s pension funds. Olivia has now accessed some of the pension funds as a tax-free lump sum to enable her to move house and will defer accessing the pension fund anymore for the time being. Olivia also completed a nomination of beneficiary form, naming her husband and two children as her beneficiaries.

Amanda has transferred the inherited pension funds from David’s SIPP into her own pension. The funds are earmarked to show which were hers originally and which are inherited. Amanda continues to make pension contributions and is not accessing the benefits at this time, but is secure in the knowledge that she can at any time in the future should her living costs increase. We have structured income and capital withdrawals from her other assets. This helps to reduce her non-pension assets which are potentially subject to Inheritance Tax, while preserving her pension which will be passed on Inheritance Tax free. Amanda submitted a new nomination of beneficiary form to nominate Harry and Olivia as equal beneficiaries.

If all of David’s pension had passed to Amanda outright on his death, it would have ultimately been passed to Harry and Olivia following Amanda’s death, which is likely to be after the age of 75. Although the inherited pension funds would be free from Inheritance Tax, they would be subject to Income Tax. By allowing some of David’s pensions fund to pass to his children now, this has provided them with additional financial security and allows them to access the money whenever they need to.

Amanda was happy to be able to help both children financially now, in a tax-efficient way, while also ensuring she has her own financial security.

If you want to know more about passing on a pension effectively or how financial planning can help following the death of a loved one, contact Tilney on 020 7189 2400 or book a free initial consultation online.

*Names have been changed to protect identities 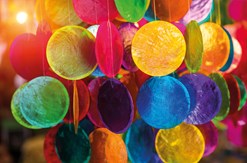 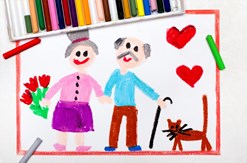 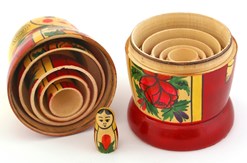 Working with your family across generations

The Tilney Investment Podcast – what’s in store for 2022?

Better times ahead: can 2022 live up to expectations?