How to avoid breaching the lifetime allowance

The pension lifetime allowance rose by £18,100 to £1.0731 million in April 2020. While this is good news, the fact remains that a growing number of people are breaching the allowance and facing a 55% tax charge on any withdrawals they make from pension savings above this amount. If the excess is taken as an income, the tax charge reduces to 25%. Here, we discuss the various options you have for protecting your pension against the lifetime allowance.

Although £1.0731 million may seem an unattainable figure, many people in the middle of their working lives could actually be on track to breach the allowance without investing another penny. In fact, a 30 year old with a pension pot of £270,000 could already be on track to breach the lifetime allowance by the age of 67.* There are, however, several options available that may help to minimise this potential liability.

Carry on saving into a pension

It is normally advisable to keep saving into a pension rather than stopping contributions in order to avoid a potential tax charge. A pension grows free of tax — there is no Income Tax or Capital Gains Tax to pay while it is invested — which helps to boost its overall returns. If you stop contributing to your pension, your employer may stop contributing too. Forfeiting any generous employer contributions could leave you worse off financially than paying tax on any excess over the lifetime allowance. 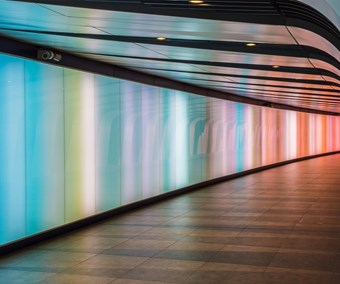 What are your options?

Some defined benefit pension arrangements (also known as final salary schemes) will pay a tax-free lump sum in addition to an annual income. Many people are not aware that they can actually take more tax-free cash (up to a limit) by exchanging part of their pension entitlement.

The way the calculation works is that the additional tax-free cash is divided by a commutation factor determined by the pension scheme and this tells you the amount by which your pension has to be reduced to pay for the extra tax-free cash. The upshot is that the overall value of the benefits to be tested against the lifetime allowance will be less. This is because it is the reduced pension that is multiplied by 20 and the total tax-free cash is taken at face value, thereby resulting in a lower overall value than would be the case if extra tax-free cash were not taken. 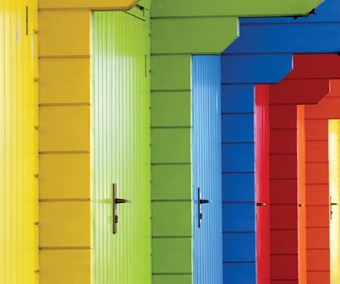 What does retirement mean for you?

Wait to take your pension or pass it on

You could delay accessing your pension as, bar one exception, the lifetime allowance does not apply after the age of 75**. If your pension is below the lifetime allowance when you reach this age and you haven’t drawn on it, you can keep it invested and let it continue to grow. As the pension will not be tested again, the overall value can go over the allowance without any tax penalties being applied. This is particularly useful if you have other sources of income you can live off or if you are thinking of passing on your pension after you die.

Another way of mitigating the lifetime allowance tax charge is to apply for Fixed Protection 2016. You are eligible provided you have not made any pension savings since 5 April 2016. This gives a lifetime allowance of £1.25 million. Applying for Individual Protection 2016 is another way. You are eligible for this provided that all your pensions added together commanded a value of at least £1 million as at 5 April 2016. This gives a personalised lifetime allowance equal to the value of your pension savings as at that date, up to a maximum of £1.25 million. 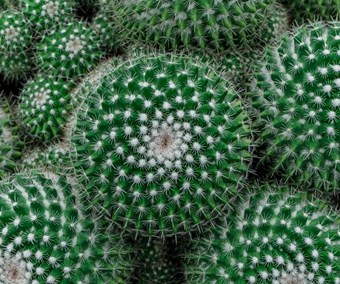 What is Individual Protection 2016?

Deborah is 56 years old and has defined contribution pensions valued at £1.0731 million. She could potentially release her full tax-free cash entitlement of £268,275 and retain the remaining £804,825 in income drawdown. This would use all of her lifetime allowance with no 55% tax charge.

The remaining £804,825 remains invested and would only be subject to a further lifetime allowance check if she were to purchase an annuity, a scheme pension or remain in drawdown until her 75th birthday (these are known as Benefit Crystallisation Events). In any case, the tax charge would only be applied to any growth the fund has returned since it entered drawdown.

In the meantime, income withdrawn from the pension would not be subject to a lifetime allowance check, so Deborah could simply opt to withdraw the growth in the pension fund as income (albeit subject to Income Tax). As long as the fund value is not more than £804,825 at the time of the next Benefit Crystallisation Event, no lifetime allowance tax charge would be incurred.

What happens if you’ve already breached the pension lifetime allowance?

If you are concerned about breaching the lifetime allowance and would like to speak to someone, Tilney can help.

We offer a free initial consultation with a financial planner where you can talk about your circumstances and find out more about how we can help you. Book online now or call us on 020 7189 2400.

*We have based this assumption on the premise that the lifetime allowance of £1,073,100 in the 2020/21 tax year will be frozen until April 2026 and thereafter will be increased in each tax year in line with Consumer Price Indexation (CPI). In this example we have used a CPI rate of increase of 2% p.a. with a compounded annual investment return of 5% net of costs.

**If you are in receipt of a defined benefit pension at age 75, an exceptionally high increase on it would be tested against the lifetime allowance, although this occurrence is rare.

Examples of how tax or tax relief may apply are based on our understanding of current tax legislation. Whether any tax will be payable, at what level it is charged and whether you qualify for tax relief will depend upon individual circumstances and may be subject to change in the future. This article does not constitute personal advice. If you are unsure as to any course of action, please talk to an adviser.

Macro conditions could provide a winning formula for value-related stocks

Should currency exposure to the Japanese yen be hedged?

The Tilney Investment Podcast: with bond yields rising, what is the impact?